The garden is now being shut down for the winter, with only leeks and our tuscan kale left for picking. Last year the kale lasted us all through the winter into spring. 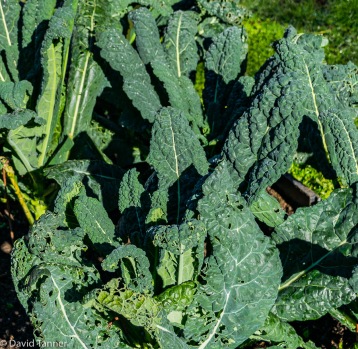 The blueberry bushes and our pear tree are putting on a fine display of autumn colours at the moment and in the flower garden we still have a few roses blooming and the cosmos never seems to give in, even after a couple of frosts. 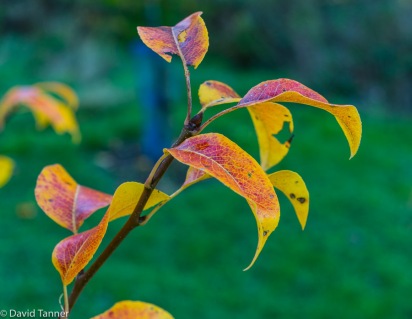 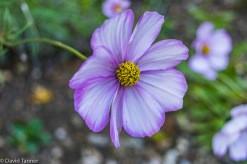 It was a very dry September this year, with some record breaking temperatures. Combined with the dry summer it meant we had a very meagre potato crop this year. The earlies got blight and the main crop were very small. The courgettes and squash have been excellent again this month and we have apples on two of our trees. 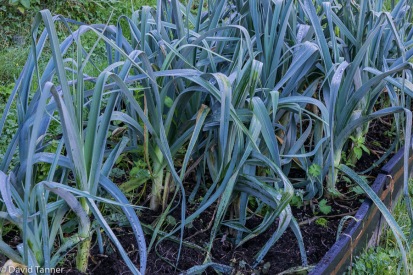 The star flowers at the moment are the asters and the never ending morning glory. 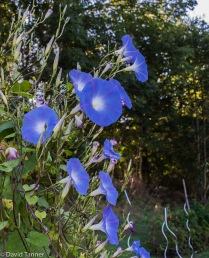 We have had a very hot and mainly dry July, excepting a couple of dramatic thunderstorms. So everything has galloped ahead, especially the courgettes and pattipan squash. We should be having our first squash risotto this week, in fact.

We have dug and eaten our first new potatoes and have finished the peas which were again very disappointing this year. The herbs and flowers are also know looking fantastic, especially the hyssop and fennel and the jerusalem artichoke’s are as usual, reaching for the sky. 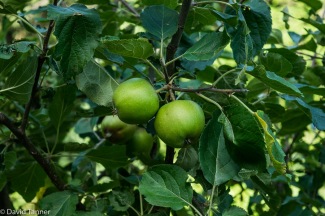 The first couple of weeks of June were very wet here and slowed down our progress in the garden but not our plants or the weeds!  We are now experiencing a dry warm period and it’s good to see all the plants progressing. 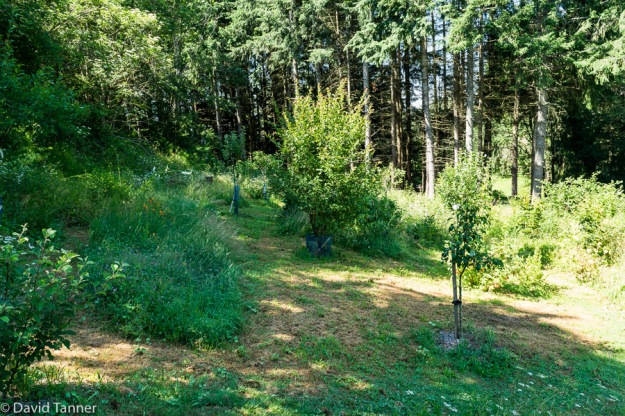 Red and blackcurrants are ripening and since moving the rhubarb it’s been the best year for it. The onions suffered some hail damage but are now – in the last few days of heat and sunshine – fighting back. 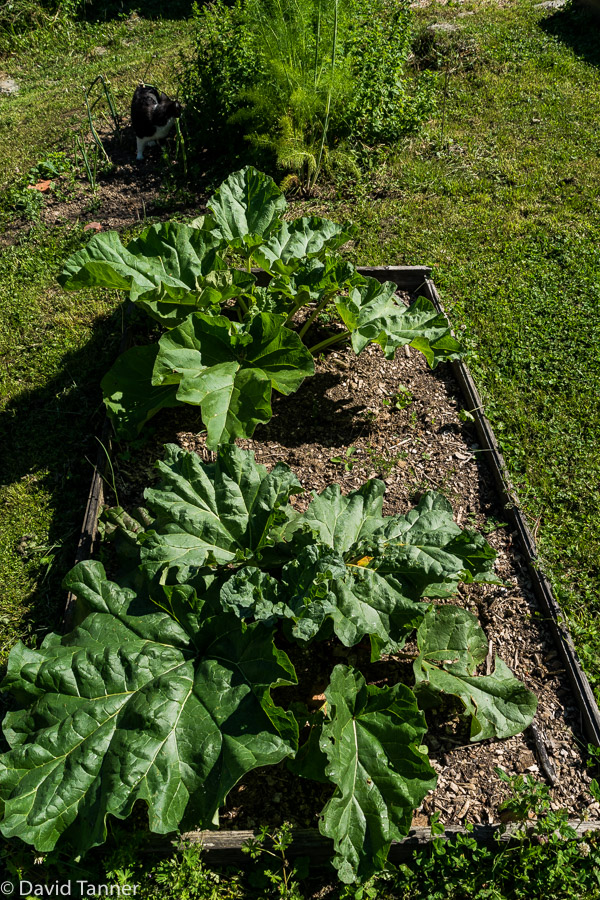 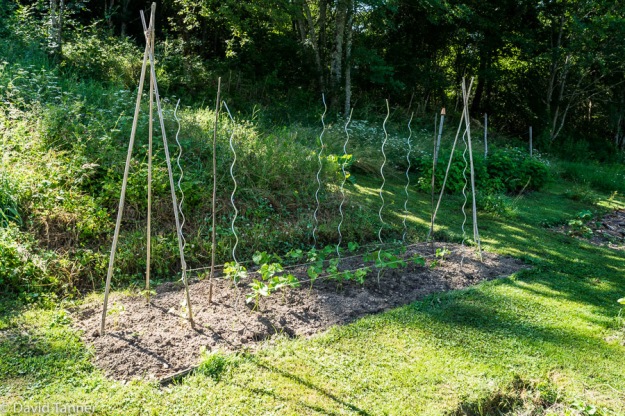 At the moment we are into a strawberry glut and are picking a bowl a day.

The wild flowers in the garden continue to impress and the new border is beginning to settle in well.

For a few weeks in May and early June the roadside verges leading down to the village are ablaze with wildflowers before the first cut of the summer. I’ve tried to identify them all but some may be wrong, so if you have any ideas please let me know! 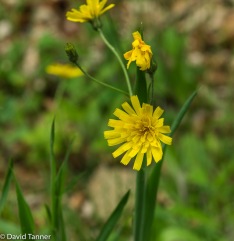 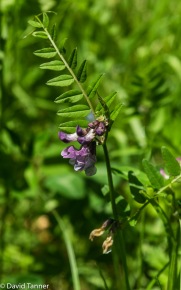 It’s always good to get the first veg started off in the new growing season and now we have  beetroot sown and potatoes chitting. This year we are growing three different varieties of beetroot (chiogia, golden, and detroit red) and two of potatoes (Belle de Fontenay and Sarpo Mira). No shallots this year but both red and white onions for a change.

Other things are stirring…. 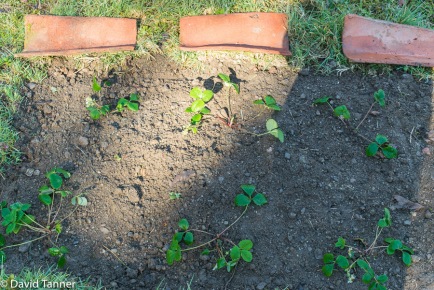 We tried a green manure crop of field beans in some of the beds this winter and they were a great success, so we will repeat next year in all the beds.

Dwarf narcissi are out and the daffodils are near bud burst. 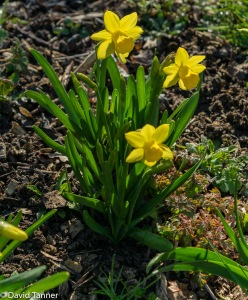 Thats all from Grahy for March, see you next month!

A mainly dry and warm February with just one fall of snow early on. Still some leeks left, though they need lifting now before they bolt. The kale is also still going strong and throwing out very tasty florets. The first act of the new gardening year has been to set the seed potatoes chitting. We are growing the same varieties as last year, “Belle de Fontenay” as an early, “Sarpo Mira” as a blight resistant main crop. These both did very well last year, which was very, very hot. 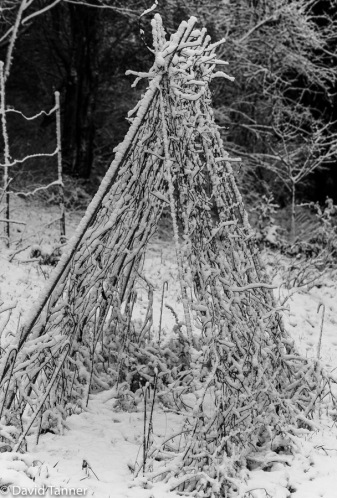 Some early appearances from the wild garlic and the rhubarb, and buds appearing on the blackcurrant bushes. 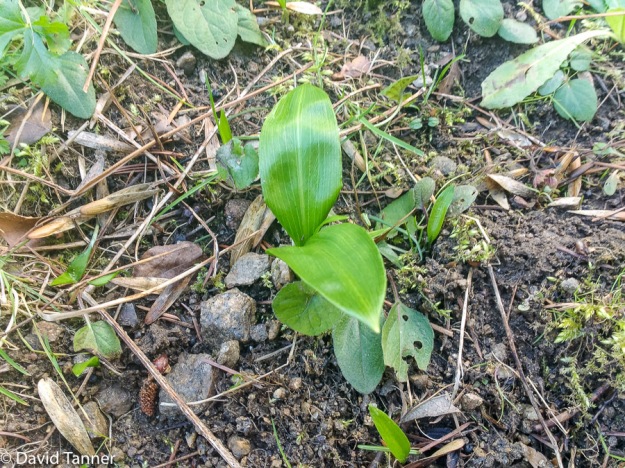 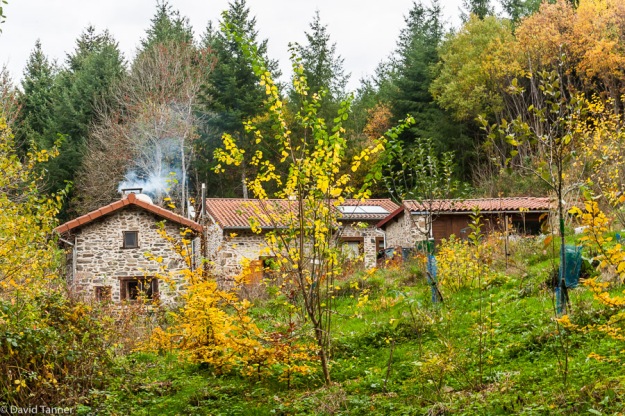 The garden is nearly in full shutdown now, just kale and leeks remaining, though we have planted three raised beds with field beans as a green fertiliser to over winter. We have had one fall of snow so far which hung around for a few days but has now all melted.

Currently suffering from a bad attack of manflu, hence the shortness of this post! 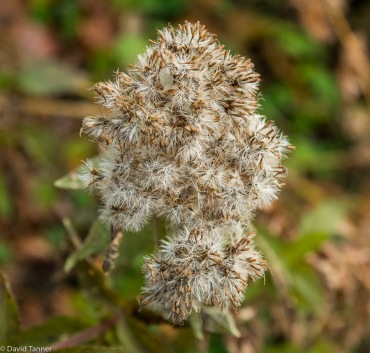 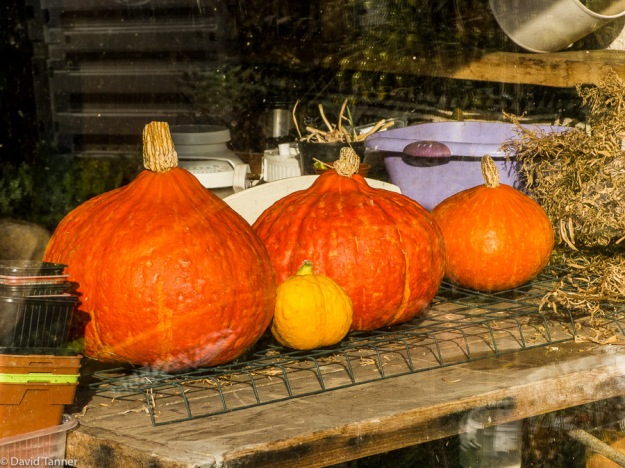 As the picture shows the squash have been picked and are awaiting many risottos, stews and curries.

The garden is slowing down now with some beds already empty with all the squash, courgettes and potatoes picked and stored. Still available are leeks, kale and borlotti beans, with fennel and cauliflowers available next month. Not sure if the fennel are frost hardy, so I may lose those if we get an early frost. 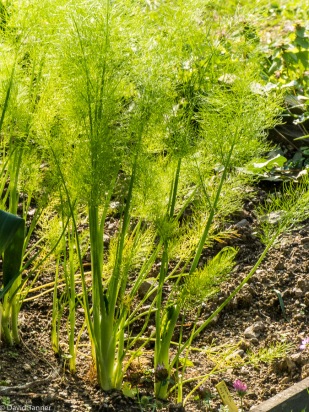 We also have a last flush of flowers with the asters being particularly good this year after we divided them from just two plants last year. 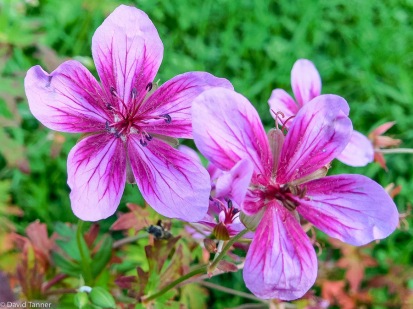 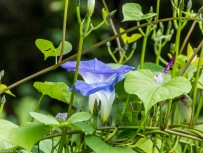 The garden is also full of dodgy looking mushrooms. I’m clueless on fungi identification so unless a local expert tells me they are edible, they are staying put! 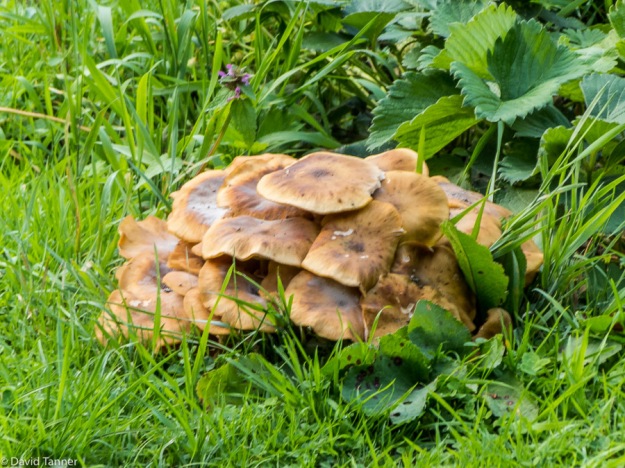 We spent a pleasant Sunday afternoon visiting one of the few chateau open to the public locally. Château Lafayette originally constructed in the fourteenth century, was the home of a hero of the American and French revolutions, Marie Joseph Paul Yves Roch Gilbert du Motier, better known as Marquis de Lafayette.

Often known simply as Lafayette, he was a French aristocrat and military officer who fought for the United States in the American Revolutionary War. A close friend of George Washington, Alexander Hamilton, and Thomas Jefferson, Lafayette was a key figure in the French Revolution of 1789 and the July Revolution of 1830. Wikipedia

In the early twentieth century a group of wealthy philanthropists led by Scottish-born American industrialist John C. Moffat purchased the castle to serve as a centre of philanthropy for people affected by World War One. Following the war he renovated it completely to preserve documents and objects relating to General Lafayette. In a photograph in the chateau welcome area Moffat can be seen teeing off in plus fours in front of the chateau gardens!

We didn’t visit the interior, which we suspect may be slightly dull… however we spent a good hour or so wandering around the gardens. It’s a work in progress as the state have only recently taken over the running of the chateau and are committed to numerous improvements to both the house and garden. We shall definitely be visiting again later in the year when the rose garden in particular will be in full bloom.

This blog is mostly about life in France, and particularly creating a garden at altitude in the Auvergne.

expirements in image-making and sometimes not

rocking a camera across the Universe

Musings about photography and life

A podcast where we like to ask art 'what's good?'

Creative Exploration in Words and Pictures

inspired by the music of David Sylvian and his collaborators

Notes on North East nature, with a touch of backyard botany too

Reviews, Essays and Analysis of Film and Art By Adam Scovell